China Plate’s Board of Trustees provide essential leadership, expertise and guidance, collaborating with our Co-Artistic Directors to shape and guide the company’s artistic mission and business strategy.

Trustees meet four times a year to review and progress the company’s performance against its mission to challenge the way performance is made, who it’s made by and who gets to experience it. Trustees also provide individual support on discreet projects and specific aspects of the business plan.

China Plate is seeking new relationships with artists, entrepreneurs and professionals who can help shape the company as we seek to reach and support artists, freelancers and audiences at an unprecedented time of change in the theatre sector and the wider world.

If you’re interested in finding out more, we’d love to hear from you. Please contact our Executive Director Chloe Courtney.

Husne is a passionate Brummie and a fundraiser by trade.

Husne has been at Birmingham Museums since 2018 as their Development Manager leading the museums fundraising team. Husne’s career working in charities began in 2002 and for the last 7 years has focused on the arts sector; she loves the creativity of fundraising for the arts.

Husne is also on the board for the Chartered Institute of Fundraising Convention, representing the midlands and arts sector. Husne has a variety of experience behind her, from raising money for dance festivals, national lottery and other funding for grassroots community projects, to fundraising for headline exhibitions at Birmingham Museums.

Indy has spent more than 20 years working in legal, business and commercial affairs in the TV and film industries, spending a large part of his career at the BBC.

He is currently VP of legal and business affairs at the international production arm of SF Studios.

The last time he appeared on stage, the play’s noted playwright came backstage afterwards and scolded him for his cheap melodramatics.

She has over 10 years’ experience in the higher education sector, having worked extensively to help bring university research to the public.

She has a PhD in History from the University of York and an extensive interest in the arts. She has been a board member with China Plate since 2014. 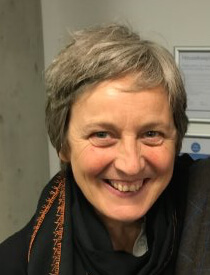 For the past 24 years Sarah has been in leadership roles in top UK arts companies such as The Gate Theatre, the Royal Court and Battersea Arts Centre.

She was most recently Joint CEO at Mountview drama school and the executive lead for the new Mountview building in Peckham, where she was awarded an Olivier Special Recognition Award in 2020 for relocating Mountview and for promoting accessibility.

Mountview received a RIBA London Award in 2021 and Sarah was awarded Southwark Excellence Awards: Business Woman of the Year in 2020.

Born in Birmingham, she is a graduate of Goldsmiths College, London, holds a Masters in Organisational Development from Middlesex University and was a Clore Fellow in 2007/08.

Shashi is a Chartered Accountant and Chartered Tax Adviser, beginning her career at PwC and progressing to senior positions in industry. She has significant commercial expertise across tax, finance and HR, Legal and Procurement. She is also a trustee at LionHeart.

Birmingham-born and made, she discovered the local creative scene later in life. She has since made up for lost time, revelling in the exciting variety of culture available in the West Midlands. She finds it simultaneously inspiring, challenging and reviving – this fuels her determination to open up enjoyment of culture and the arts to a wide spectrum of people. 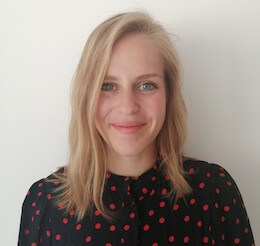 Kaya is the Executive Director & Joint CEO of Camden People’s Theatre, a studio theatre in London dedicated to supporting early-career artists and its local community with radical engagement initiatives. Before taking on the role at Camden People’s Theatre, Kaya was a producer with China Plate where she developed and toured the work of artists and companies including Caroline Horton, Inspector Sands, Ben Wright and Chris Thorpe.

In her early career, Kaya worked as the Production Coordinator for Little Angel Theatre, touring pieces such as A Very Old Man with Enormous Wings (Kneehigh) to children and families throughout the UK. Kaya is also a trustee of Marlborough Productions, a leading UK producer of queer-led, intersectional performance based in Brighton.