We collaborate to realise artists’ ambition and vision delivering high quality work that reaches a broad and diverse audience.

Every relationship is different, but in most cases we will support artists by nurturing ideas (from inception to stage) through collaborative discussion, whilst providing safe environments for work to grow alongside co-operative partners across the country. Lead artists might be writers, directors or performers – or a combination of those roles. Below you can find more information on some of the artists we are currently making work with. 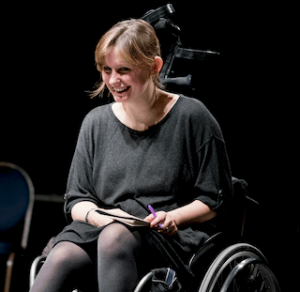 Rachel Bagshaw is an award-winning director and theatre maker.

Rachel’s show The Shape of the Pain, developed with Chris Thorpe, opened at Edinburgh in 2017 where it won a Fringe First. It has since had runs at Battersea Arts Centre and Wilton’s Music Hall, and toured nationally.

Rachel is an Associate Artist at Wilton’s and has directed extensively for drama schools and participatory projects, including a longstanding relationship with RADA. Future projects include A Dead Body in Taos by David Farr (Fuel). 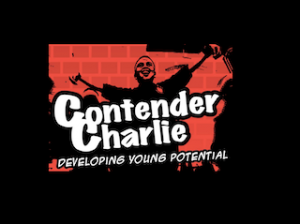 Contender Charlie uses the power of storytelling and mythology to enhance and inspire the creative learning of young people as well as their teachers and school leaders.

Their mission is to support young people in the exploration of their emotional development and creative potential. As well as to support those who mentor, teach or lead students in the promotion of inspiring, effective and ethical practice.

In 2013 Contender Charlie partnered with China Plate and Warwick Arts Centre to produce the incredibly successful Macbeth – Blood Will Have Blood for 9-13 year olds which toured five times. In 2019 they partnered again to tour a second Shakespeare adaptation for a similar age range, Romeo and Juliet – Mad Blood Stirring. This was commissioned by Warwick Arts Centre, Z-arts, Oxford Playhouse and The Core at Corby Cube. Supported by The Albany.

Find our more about our projects... 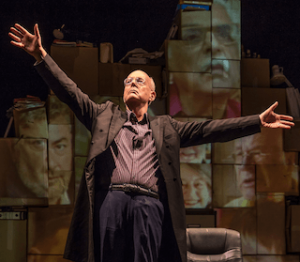 China Plate collaborated with David to develop, realise and subsequently tour Trying It On. He continues to work with us as we plan future touring

Playwright and contemporary political commentator. David Edgar has been writing critically acclaimed plays since 1971. David’s recent work includes Playing with Fire (National Theatre, 2005), Testing the Echo (Out of Joint, 2008), and If Only (Chichester Festival Theatre, 2013). Plays for the RSC include Destiny (1976), an adaptation of Dickens’ Nicholas Nickleby (1980), Maydays (1983), Pentecost (1994) and Written on the Heart (RSC, 2011).

David is the RSC’s most premiered playwright and his 2017 RSC adaptation of A Christmas Carol was revived in 2018, following a new production of his political defection play, Maydays, at the Other Place. He has won many awards, including the John Whiting award, the Society of West End Theatres best play, the Tony best play and the Evening Standard best play.

He founded Britain’s first graduate playwriting course, at the University of Birmingham and now teaches playwriting at the Bristol Old Vic Theatre School. His book about playwriting, How Plays Work, was published in 2009. 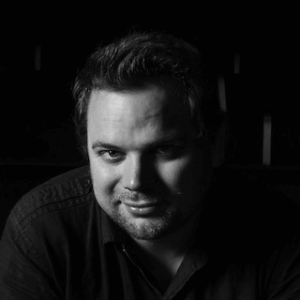 He has recently been appointed Artistic Director of the Rose Theatre in Kingston, London. Prior to that he was Artistic Director of the Gate Theatre from 2012-2017 and an Associate Director at the Bush Theatre from 2008 – 2011. He was a 2017 fellow of the Clore Leadership Programme. His many directing credits at the Gate include the world premiere of George Brant’s Grounded (which also ran at the Traverse Theatre, Studio Theatre Washington DC), as well as touring nationally and internationally and which won a Fringe First and Best Production at the Off West End Awards. 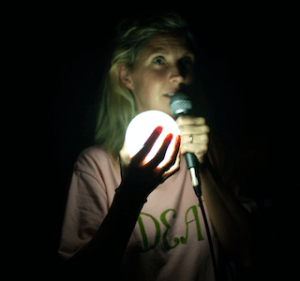 Caroline is currently working with China Plate touring All of Me across the UK. All of Me opened at Summerhall (Edinburgh 2019) winning the Mental Health Fringe Award and a Stage Award before transferring to The Yard, London.

Caroline is a theatre maker, performer, writer and director. Her work tours internationally. She was nominated for a 2013 Olivier Award for Outstanding Achievement in Affiliate Theatre for You’re Not Like The Other Girls Chrissy, which won The Stage Award’s Best Solo Performer in 2010. Other work for stage includes Mess (Traverse Theatre, The Stage Award’s Best Ensemble 2012), Islands (Bush Theatre and British Council Showcase), Tranklements (New Vic), Penelope RETOLD (Derby Theatre) and Muckers (the egg, Bath and Conde Duque, Madrid). Her audio work for the BBC includes: Paris, Nana & Me, Pandora and on award-winning series Home Front and Tracks.

Caroline regularly collaborates with other companies as a deviser, performer, writer dramaturg and director. She also mentors artists and companies and leads workshops. In 2016 she became the first BBC Birmingham Writer in Residence, and received a Collaborative Research Award from The Culture Capital Exchange. She was 2018/19 Creative Fellow at Birmingham University’s Shakespeare Institute, teaching undergrad and MA students and developing work at The Other Place (RSC). 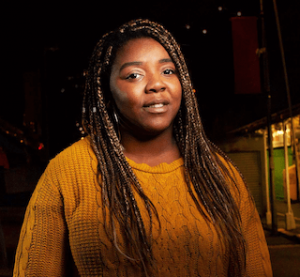 Urielle Klein-Mekongo is a writer, theatre maker, singer/songwriter and performer. After first entering training via the National Youth Theatre’s Playing Up course in 2013, she went on to study Acting and Contemporary Theatre at East 15 where she graduated in 2017.

Urielle premiered Yvette, her first professional outing as a writer-performer, at the Edinburgh Festival Fringe 2017, and went on to tour the show nationally in 2018 and 2019.  Urielle was nominated for ‘Best Actress in a Play’ at The Stage Debut Awards 2019 for her performance in Yvette, and the show won the Young Harts Writing Fest Audience Favourite 2017, Kings Head Theatre Stella Wilkie Award 2017 and The East 15 Pulse Award 2017.

In 2019 Urielle became part of the Old Vic 12 where she developed BLACK POWER DESK, a new UK Black British musical with an original score of rap, reggae, soul and R&B that shines a light on a rarely explored part of Black British history. Other credits include January 22nd (BBC2/HBO), Swipe (The Arcola with NYT) and Three Sisters (East 15). 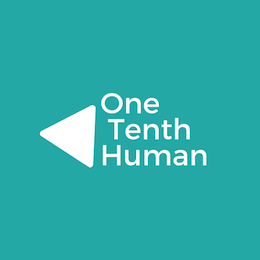 One Tenth Human create innovative science-inspired arts events. They aim to challenge assumptions, dare to think differently and be as silly as they need to be to wrestle with a very serious world.

One Tenth Human was created by artistic director Sarah Punshon, inspired by the year she spent working at the Natural History Museum, collaborating with scientists and museum professionals to create interactive events for family visitors. Since the company’s formation in 2016, they’ve engaged more than 7,000 people in unusual activities and performances via their schools’ workshops and live events. An estimated 75,000 have heard about their work online, via social media, at a conference or in the press. They’ve engaged with more than 45 scientists and mathematicians as advisors and activity leads – who are as excited by the work as the artists, teachers and audiences:

“That was so wonderful! Truly an inspiring show for kids, including me” – Dr Madeline Lancaster, Cambridge University neuroscientist

Find out more about our projects... 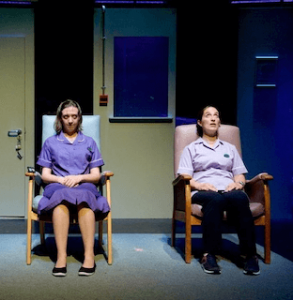 Inspector Sands are known for their irresistible mix of comedy and pathos in their forensic exploration of human behaviour. Tracking the way bigger picture social and political trends are born out in the minutiae of everyday interaction, they also have a knack for “turning anxiety into an art form” (The Guardian). Their work integrates heightened fourth wall realism with an expressionistic theatrical form, drawing strongly on visual and sound design.

Exquisitely crafted physical performances and fearless comedy have been at the heart of Inspector Sands’ work and they are thrilled to be bringing their work to a larger canvas through their upcoming mid-scale production of Wuthering Heights, a co-production with China Plate and Royal and Derngate, Northampton, in association with Oxford Playhouse, due to open in 2021. The company are also working on an audio adaptation of their children’s show Rock Pool, which will be released Autumn 2020.

In 2019 the company were commissioned by Riksteatern to make Sällskapsrummet, a Swedish adaptation of their show The Lounge. Other shows include: Hysteria, If That’s All There Is, A High Street Odyssey, Mass Observation and Rock Pool, which have played extensively around the UK and internationally with performances at the National Theatre, Almeida, Lyric Hammersmith, Soho Theatre, Bristol Old Vic (Mayfest), Traverse, Southbank Centre, Summerhall, London International Mime Festival, BAC, 59E59 off-Broadway, Seoul Festival, Riksteatern Sweden and British Council tours in China and Europe.

“They are brilliant and reckless, precise and inventive, intelligent and frank. They are kaleidoscopic creators. Don’t miss them!” – New York Theatre Guide on Inspector Sands

Find our more about our projects... 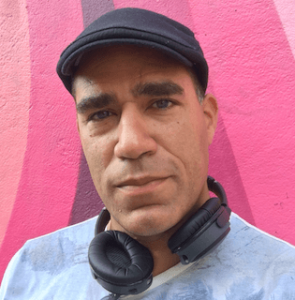 Tim is also committed to the development of new musical theatre and has mentored aspiring writers on the BML workshop course since its inception in 2011. 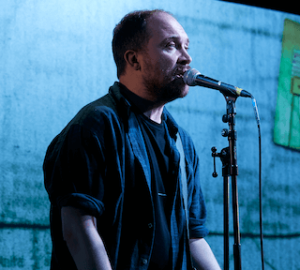 Chris is currently working with China Plate touring Status internationally and developing the final show in his trilogy in collaboration with Rachel Chavkin.

Chris is Associate Artist at the Royal Exchange, Manchester – work for them includes There Has Possibly Been An Incident and The Mysteries, and work with their community projects and Young Company. Other theatre work includes Victory Condition and The Milk of Human Kindness for the Royal Court, as well as an upcoming Royal Court/Methuen commission focusing on the climate crisis and the short film What Do You Want Me To Say?, and several show for the Unicorn Theatre including a new version of Beowulf. He also has ongoing collaborations with Rachel Chavkin (Conﬁrmation/Status), Lucy Ellinson (TORYCORE), Portugal’s mala voadora (Overdrama/House-Garden/Dead End/Your Best Guess, and in development Dying for the National Theatre of Portugal) and Hannah Jane Walker (The Oh Fuck Moment/I Wish I Was Lonely). Chris was a founder member of Unlimited Theatre and is an Associate of Live Art/ Theatre company Third Angel. Other regular collaborators include Yusra Warsama, Javaad Alipoor and Nassim Soleimanpour.

Chris collaborated with Rachel Bagshaw, writing the Fringe First Awarded The Shape of the Pain in 2017. Chris’s work tours internationally and is also regularly produced for stage and radio throughout Europe and in the US, including Victory Condition at Residenzteater Munich, and the Italian productions of There Has Possibly Been an Incident and Confirmation were awarded the Premio Franco Enriquez 2018. Chris was the Arvon mentor for playwrighting, 2016/17 and works with the National Student Drama Festival. 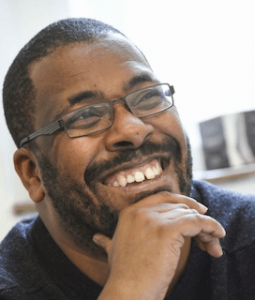 He is one of the country’s leading dramatists. In 2001 he was awarded the Evening Standard Award for Most Promising Playwright. He received an OBE in the 2008 Birthday Honours List. His plays include The Loneliness of the Long Distance Runner (Pilot Theatre/UK tour); Sucker Punch (Royal Court – Olivier Award nomination for Best Play); Days of Significance (RSC); Fallout, Clubland, Lift Off, (Royal Court); Sing Yer Heart Out For the Lads (National Theatre); Kingston 14 (Theatre Royal, Stratford East); Antigone (Pilot Theatre/UK tour); Soul: The Untold Story of Marvin Gaye (Royal & Derngate/Hackney Empire); The Firm (Hampstead Theatre).