An interview with Chris Thorpe

Written by Jörg Vorhaben
Back to listings
8th December 2022

In an interview with writer and performer Chris Thorpe, Chief Dramaturg Jörg Vorhaben – of Staatstheater Mainz, finds out more about the themes and influences behind Thorpe’s new show A Family Business.

What is “A Family Business” about?

It’s about the process of disarmament negotiation – particularly through research I’ve been doing with people who developed a new treaty framework to make nuclear weapons illegal – the Treaty for the Prohibition of Nuclear Weapons or TPNW – it’s a new form of nuclear treaty negotiated without the nuclear powers, largely by a coalition of states from the Global South and Non-Governmental Organisations (NGO’s). It’s a genuinely new way of dealing with nuclear weapons that was adopted through the United Nations in 2017, signed by the 50th state (allowing it to become international law) in 2021 and as I’m writing this in early November 2022 has been signed by 91 states. The existing arms reduction process, the Non-Proliferation Treaty or NPT, is basically controlled by the five biggest nuclear powers, and so has moved very slowly, if it has moved at all – so as you can imagine the TPNW is an urgent call to action that isn’t necessarily approved of by everyone.

Over the past few years I’ve spoken to a lot of people involved in that process (and some who oppose it) and the show is an attempt to talk about those very ordinary people who are trying to do something extraordinary, but also to normalise the conversation about nuclear weapons in the world of ordinary people like me, and I guess most of the audience, who are not part of that process.

But all of that is also a way of looking at how we view the ‘global’ and the ‘local’ differently, and how we can empower ourselves. It’s not the story of the treaty, so much as a conversation about why that world feels so far away from the everyday and how we can bring them closer together. 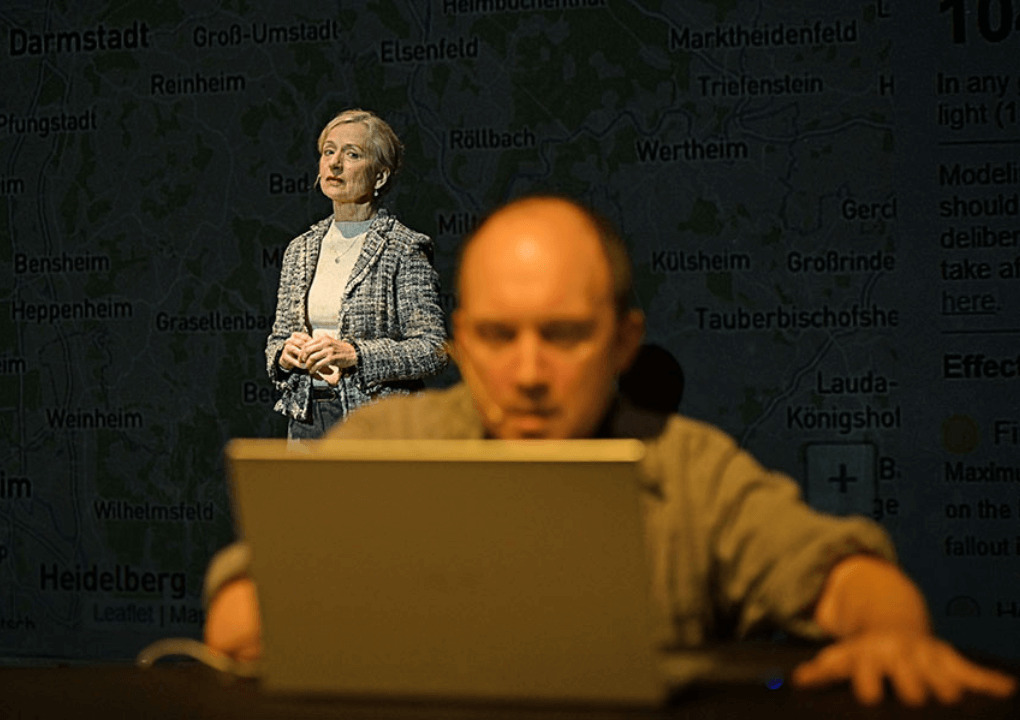 How did you come to explore this subject/story?

A combination of interest and accident. I was always interested in nuclear weapons, their devastating effects, and the construction of the ‘logic’ used to justify their existence. Like many ‘global’ subjects nuclear weapons fascinate me because they illustrate the way we’re taught to think about our own minds, our relationship to each other and where we think power lies. The accident was that I was thinking about making a show about how countries talk to each other, and I met a disarmament specialist completely by chance in a bar.

Has the war in the Ukraine influenced your writing?

Yes, in the sense that the show absolutely needs to acknowledge the current reality – and the Russian invasion of Ukraine has brought nuclear use and the failure of nuclear policy into clear focus – so of course there’s reference to it in the show. But even though that has increased the frequency with which we think about nuclear weapons, it hasn’t affected the lack of agency we feel, or the sense of them existing fundamentally in our everyday whether they’re close to being used or not.

It’s also important to acknowledge that the invasion is just the latest crisis – the nuclear weapons age has been characterised by periodic crises, from wars to potential accidents to false warnings. Some of them are better known than others, but all of them are against the constant background of risk. One of them will inevitably be the final crisis – either because we get rid of the weapons or because they’re used. I think it’s also worth noting that the war in Ukraine isn’t proof of the necessity of the weapons but their failure. The doctrine of deterrence doesn’t actually deter anything. 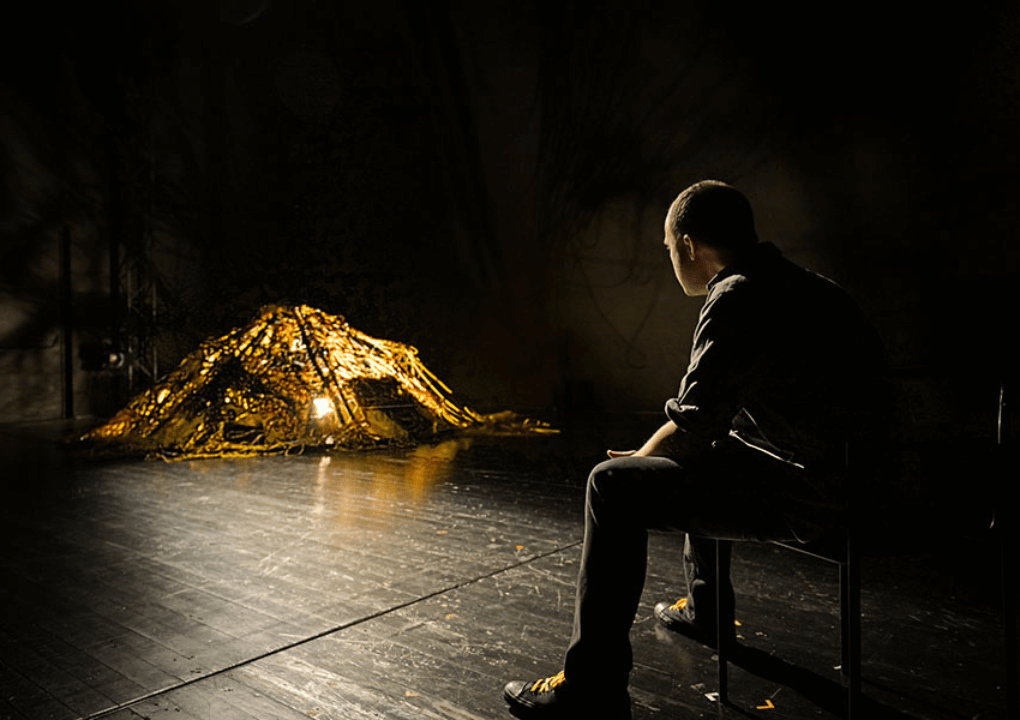 A Family Business is the third part of a trilogy. The first part ‘Confirmation’ was seen here in Mainz. The second part ‘Status’ was a co-production. How are these three parts connected and how has collaborating with a German theatre had an effect on the plays?

They are connected because they expand outwards from a single starting point and then return to it. Confirmation was about how individual human beings have evolved to process information. Status was about what happens when those flawed individual perspectives have to agree on a collective story – a country and the reason that country’s borders exist. A Family Business is about what happens when those collective stories have to find a way to talk to each other – international diplomacy in effect – and finding a way to connect that back to the individual.

The collaboration with Staatstheater Mainz is crucial in developing those ideas – not just for the welcome resource and time it brings to explore the text and its staging, but (particularly for a UK artist in these strange times) the ability to have an additional base to think and write in that keeps my world view from getting too narrow.

A Family Business will be landing at Warwick Arts Centre on the 1st and 2nd of March 2023 for its UK premiere.

Tickets are now on sale – visit the A Family Business show page here to find out more.