Written by Paul Warwick
Back to listings
29th April 2021

On Saturday 17th July, Gin Craze! by April De Angelis and Lucy Rivers is due to open at the Royal & Derngate in Northampton. We are coproducing the show with Royal & Derngate and English Touring Theatre. This will be China Plate’s first piece of live performance since lockdown halted work on Inspector Sands’ production of Wuthering Heights in March 2020. As the date approaches, it has started to feel like quite a big deal. A couple of times, I’ve been struck by how emotional I feel about it. Why is that I wonder? And is it justified to feel like that? There are bigger things in the world right now, right? My next-door neighbour is a nurse on a Covid ICU!

Obviously, I’m excited by the show. The creative team are brilliant. I’ve wanted to work with April since we taught together briefly at East 15 Drama School over a decade ago. And I’ve admired Lucy’s music since I saw Gagglebabble’s The Bloody Ballad in 2014. Add in Michael Oakley, Tamara Saringer, Paul Isles and Victoria Saxton and you’ve got a bit of a dream team. They’ve all been working on the show for years (musicals take a long time to make) and so it’s no surprise to experience that sense of mounting excitement as we draw closer to sharing the results of their talent and dedication with an audience for the first time.

There’s more to it than this though.

It’s not as if we stopped producing work over the last twelve months. Our development and training programmes have flourished online, free of charge and more accessible than ever before. We’ve made digital content (film, audio, gaming) that has reached a similar number of people as we did live in 2019. So why then does it feel so significant to be on the cusp of presenting work to a live audience in a theatre? What is it about that physical space in particular? 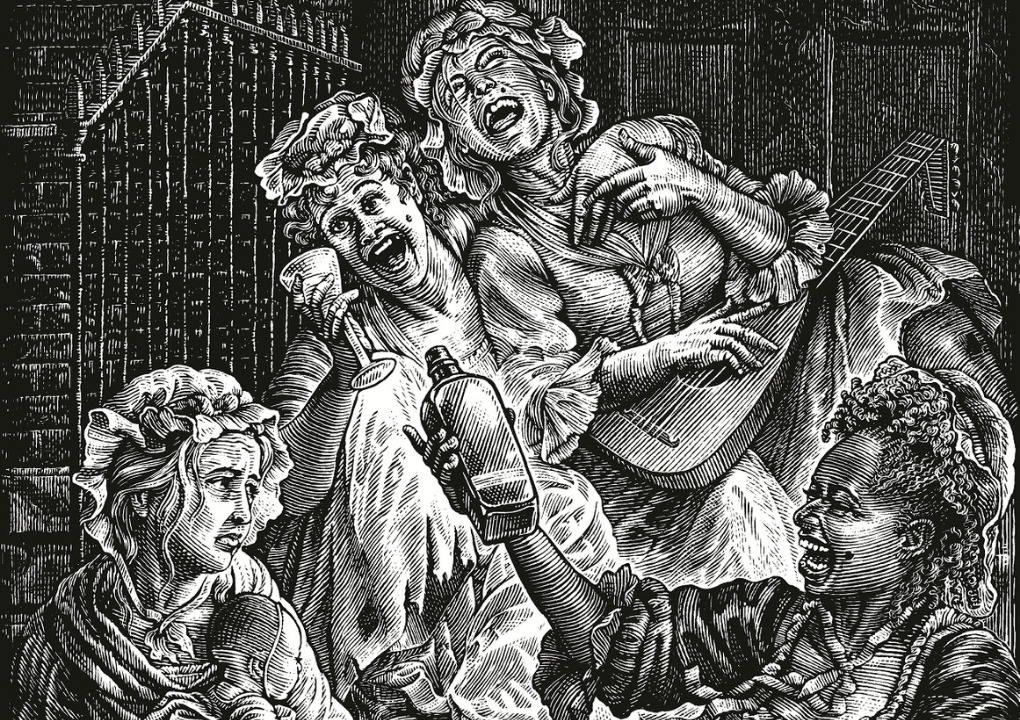 For me, and for many thousands of others, theatre is our place of work. The financial impact of that place of work being closed for over a year has been devastating – for none more so than the 70% of that workforce who are freelancers. If you haven’t read it yet The Big Freelance Report maps out the problems facing the freelance workforce and makes practical recommendations for change.

Something that has been less discussed, is the impact of simply not being able to do what you do for a living. Work on Gin Craze! kept going during the pandemic. In a way, it kept us going too. One of the producers on the show said to me last week that working on Gin Craze! had literally “kept [her] sane” during the pandemic, how valuable it had been to continue working towards a production amidst “all the unpicking”.

Cultural workers are not alone in this, my barber was on the verge of tears last week when I asked him how the recent lockdown had been for him. What we do is part of our identity. Not being able to do what you do chips away at your mental health – imperceptibly at first, seriously over time. Covid has shone a light on the many persistent inequalities that exist within our sector – there is definitely work to do – but for those of us fortunate enough to be heading back to work in the coming months, it feels like reconnecting not only with what we do, but also with who we are.

Theatres are also a social space. For those that come to see shows, of course, but also for those that just want somewhere nice to meet friends for coffee. For those that attend classes. A place to chat with other mums and dads while waiting to pick up kids from a club. Some just want somewhere out of the rain or a quiet place to read a book. For many organisations, China Plate included, 2020 saw us engaging with communities in new ways, and not just in terms of cultural projects and events. Venues have become vaccination centres, supported home-schooling, set up foodbanks. They have become vital and relevant to their community in ways that few would have envisaged 12 months ago. One of the potential upsides of this last year would be a flourishing of these new connections. As we prepare to step back into theatre buildings, I am hopeful they will become social places for many more people.

Theatres have always been a place of entertainment. Gin Craze! is a riot. Literally at one point. Described as a “booze-soaked love ballad from the women of Gin Lane” it is what a friend of mine calls “a full night at the theatre” – music, dancing, laughter, tears, costumes… a naked man! Anyone familiar with Gagglebabble’s work will know how brilliant Lucy’s music is – perfect for capturing the joyous excess of a night in a Gin Dive alongside some genuinely heart-wrenching ballads. April’s script is caustic and incredibly funny – to my mind she’s one of top swearers writing in theatre today! Having been cooped up for months, I think Gin Craze! is exactly the sort of entertainment that will encourage audiences back to the theatre. Speaking as someone who used to go to the theatre a lot, I will never again take for granted that feeling of being in a space with hundreds of other people, gasping, laughing or wiping away a tear together.

Theatre is also (always) a political space. The last 12 months have been notable, aside from Covid, for some seismic political events. Lyn Gardner has written about how April’s plays often rewrite narratives that exclude or marginalise women. In that sense Gin Craze! is literally a Hogarth print come to life – the working-class women depicted in those images finally given a voice. And what a voice! The show’s themes feel uncannily relevant: blaming women for the injustice they suffer, political corruption, hypocrisy, the relationship between wealth and power, liberty, protest, gender and sexuality. Gin Craze! might be set in the mid-eighteenth century, but it is also absolutely a play for our time – I couldn’t think of a better show to be our first one back.

So… I guess that’s what I’ve missed so much. A place of work. A place to socialise. A place of entertainment. A place for political debate. Theatres are so much more than buildings in which to stage plays. And as Joni Mitchell put it … you don’t know what you’ve got til it’s gone.